Mary James, youngest of six children, was born in Geneva, Alabama, though her family lived in Florida, a couple miles below the Alabama line. Her mom (author, Jean James) and dad (WWII veteran, William James) lived a very nomadic lifestyle. On one occasion they packed up the family (Mary was four at the time) and moved from Florida to North Minnesota, near the Canadian border, to rough it in the wilds.

For three months they lived in a tent built from a roll of Visqueen they’d brought with them. During this time, they built a log cabin using only an axe, hand saws, and the trees around them. They cooked their food on a campfire, got their water from a deep hole they’d dug, and read at night by the northern lights shining through the clear walls of their plastic tent. On one occasion their tent was mauled by a large, 7’1” black bear that Mary’s mom, Jean, was forced to shoot.

The tent soon became unbearably cold, and when they finally moved into their almost completed log cabin, winter was upon them. Without electricity or running water, and cold enough to freeze water five feet from the only source of heat (an old wood stove), the family spent many hours reading books by kerosene lamp and enjoying the great outdoors (cutting firewood!).

Mary’s oldest brother, Jim, who’d just joined the Navy, sent the family a guitar and a compilation tape of songs he liked. With a battery-powered tape-player, the family listened to the music of Hank Williams, Jr. and Dolly Parton. It wasn’t long before Mary was singing the songs plus vocalizing all the instrumentation. Seeing her talent, Mom and Dad bought guitar books, and Mom started teaching all the children to play the guitar. Mary and her brother Frank were the two who would turn music into a career.

Mary learned to read music before she could read words and was an official singer/songwriter before she’d started her first day of kindergarten. With the help of her mom, she wrote her theme song “Mean Mary from Alabam’.” The press immediately baptized her with this handle, and she’s been Mean Mary ever since.

The James family eventually migrated back to Florida. Mary’s dad (who was sixty when she was born) was now retired, and Mary’s mom searched for ways to help support the family as well as feed Mary’s musical appetite and the varied interests of their other children. She started an organic truck farm, built and sold live-animal traps, collected live reptiles, amphibians, and mammals for wholesale distributors, and collected live venomous snakes for antivenom production. The children joined in all these undertakings and found it great sport.


On the Road Again:

Mary was now playing guitar, banjo and fiddle. She recorded her first album at age six, and spent five hours a day on instrumental and vocal practice along with her live performances. When she upped her music study time to seven hours a day, and her road shows began to multiply, it became impossible for her to attend school. At the end of the second grade, she went into home study and also started appearing daily on the Country Boy Eddie Show, a regional TV program out of Birmingham, Alabama. During this time, she also appeared regularly in Nashville, Tennessee at the Nashville Palace, on the Nashville Network, the Elvis Presley Museum, and on Printer’s Alley.

In spite of her hectic schedule, she found time for her studies and when only nine years old she aced a state required test at a 12th grade equivalency level. This wasn’t surprising to her parents who had witnessed her read the entire Gone with the Wind novel at age seven.

Her guitarist brother, Frank James, who’d now joined her on stage and in the home school program, also excelled in his studies and at age fourteen taught himself trigonometry. He graduated from high school at fifteen.

At one point, Mary and Frank were booked at a living history event. They immediately fell in love with folk music. They’d grown weary of the commercial, country-music scene and so started a tour of historic folk and Civil War era music. It wasn’t long before they were one of the most sought after historical folk groups in the country, being booked every weekend and having to turn down hundreds of shows a year.

There was only one problem with this new arena of music to Mary’s fourteen-year-old eyes: all those mounted reenactors riding around while she stood in the dust and played music. Mary had always wanted a horse, and being a wise teenager she slyly told her parents that the only reason she’d worked so hard on music was so she could one day afford one! When her brother, Frank, who was equally drawn by equestrian interests, seconded her resolve, Mom and Dad gave in.

Always creative with new ideas to make money for her kids’ dreams, Mom started selling fudge at their live shows. The revenues from this enterprise almost too quickly materialized into horse flesh: an Arabian mix which Frank named Rogue, and a green-broke Thoroughbred mix which Mary named Apache. They promptly added “horse-back music” to their overflowing repertoire and began playing “mounted” music whenever they could book it. This led them from parades to wild-west shows and even a few bank robberies (re-enacted, of course).

Apache was a spirited horse and contstantly got into trouble. He loved to perform, but that didn’t stop his proclivity for accidents. He once reared in a parade and fell over backwards on Mary and her guitar. Another time, when spooked by a deer, he bolted, his saddle broke, Mary fell underneath, and was trampled by his running hooves. He also, at times, liked to roll down hills with Mary astride. But in spite of broken bones, swollen limbs, twisted legs, and multiple bruises, Mary never missed a show, though she did on occasion have to prop herself against a support.

In the meantime, Mary and Frank were eliciting interest from a California music agency, and Mom James had just signed a contract with a California literary agency. The other children were all grown and on their own by this time, so Mom, Dad, Frank, and Mary did the “Beverly Hillbilly” thing. They packed all their belongings into, and onto, their vehicles, hooked up the horse trailer with Rogue and Apache, and drove to LA.

For the next three years, Mary and Frank were involved in almost every TV show and movie produced in the Hollywood area - be it as background actor, stand-in, photo double, stunt double, or day player. Mary found a large, beat-up, slide-in camper for the back of her pickup truck that cost only two hundred dollars, and that became her home. She parked it wherever it was convenient, and sometimes in places not so convenient. There are no doubt still dents on low-hanging limbs all over the LA area, thanks to Mary and her top-heavy home. And then there was the time she took the mirror off a movie executive’s car at Fox studios by trying to squeeze through an impossibly-narrow area. She bought him a new mirror but never got a movie roll out of the happening!

It was exciting, interesting work but it wasn’t furthering her music career, and the horses didn’t like it at all. They longed for the green fields they were used to. Eventually the James Gang migrated back to the South, finding homes in Tennessee.

The horses were happy, and Mary’s music career was really taking off, when the most devastating happening of her life occurred. One rainy evening in February she was the front-seat passenger in a small car when the driver lost control, Mary’s head broke the windshield and her neck cracked the hard plastic dashboard. The twisted state of her neck convinced the driver she was gone. He even called her parents and told them she was dead. But a high-speed ambulance ride and quick medical attention at the hospital saved her life – if not her future. It was there she received news that, to her, was worse than death – her right vocal cord was paralyzed.

She brought her battered body home from the hospital and began her fight. Music was her life – had always been her life – and she couldn’t give it up. She purposely set herself to do the hardest of physical tasks, demanding her body to get well. She stacked hay bales, built fences and barns, took winter swims, and constantly worked her vocal cords. The rest of her body soon recovered from the trauma, but her right vocal cord stayed paralyzed. The left side tried to compensate for it, making it possible for her to sing a little, but only for about ten minutes at a time, and her voice was dead next to its former capabilities.


A Bit of Light in the Darkness:

One joyous day, six months later, a throat specialist told her there was slight movement in her frozen vocal cord. He said it might not totally recover, might not even improve further, but his news was enough for Mary. That was when her real work began. She booked shows, sang when she could, and when she couldn’t, she would play her instruments.

She started touring again, sometimes alone, sometimes with her brother, and sometimes with her full band. She wrote and co-wrote books. (Her novel, Wherefore Art Thou, Jane?, won first place in the Reader’s Favorite International Awards.)  Her International fan base took a giant leap in growth. This was all good news, but the greatest thing that happened during this time was the recovery of her vocal cord. She had worked it back to life!

On the Never-Ending Street:

Today she produces music, produces videos (her YouTube videos have received over 15 million visits), tours extensively across the US and overseas, is co-writing a novel trilogy about the music world, and is an endorsing artist for Deering Banjos. The Deerings have named her their Goodtime Ambassador. Mary plays 11 instruments and has recorded 16 albums, her newest being Cold. There is not room here to tell the whole life story of Mean Mary, but if you would like to hear more of it, listen to her music—it is all there. 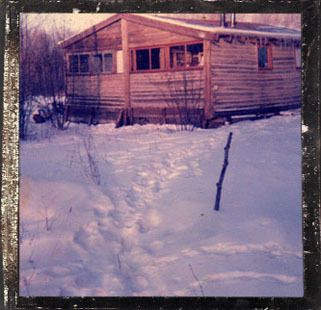 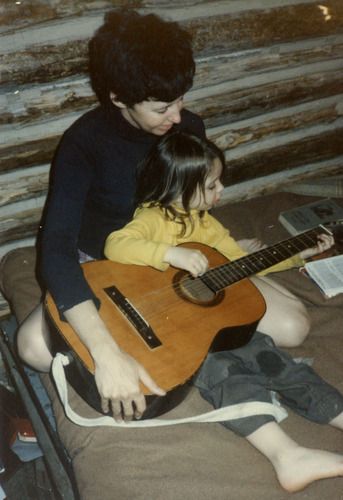 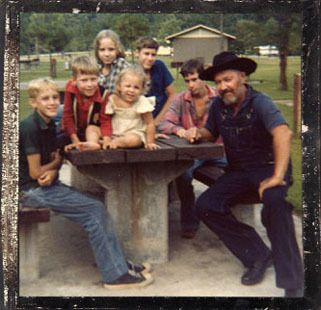 The James kids with Dad 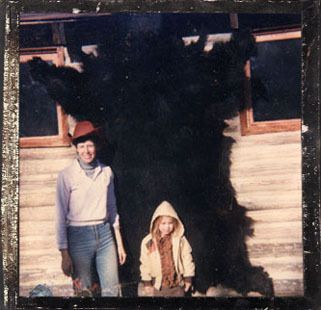 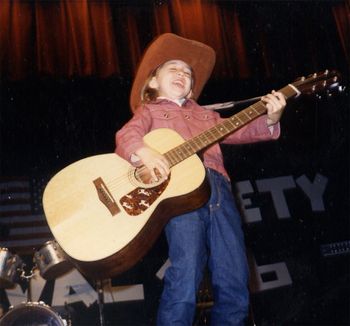 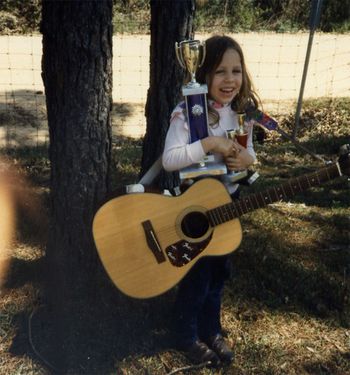 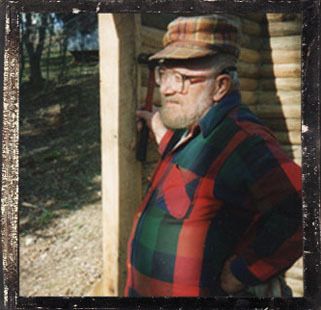 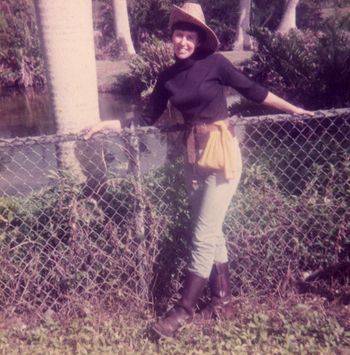 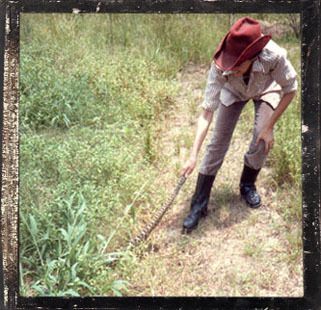 Jean with a rattlesnake by the tail 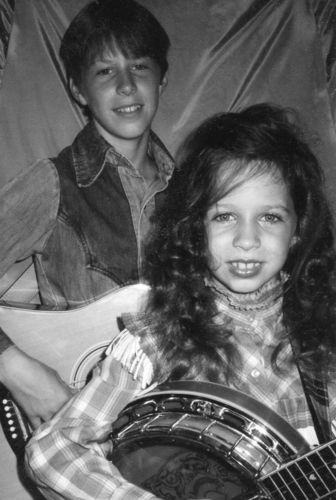 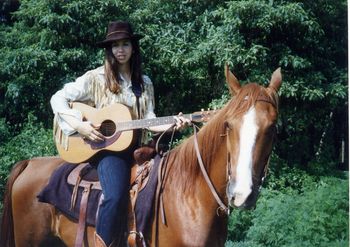 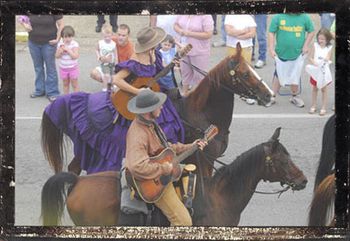 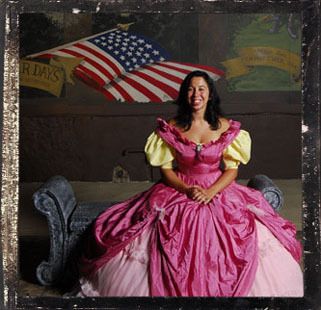 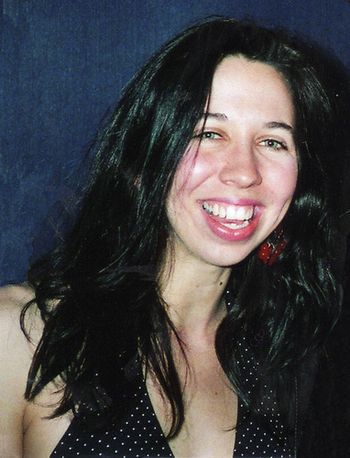